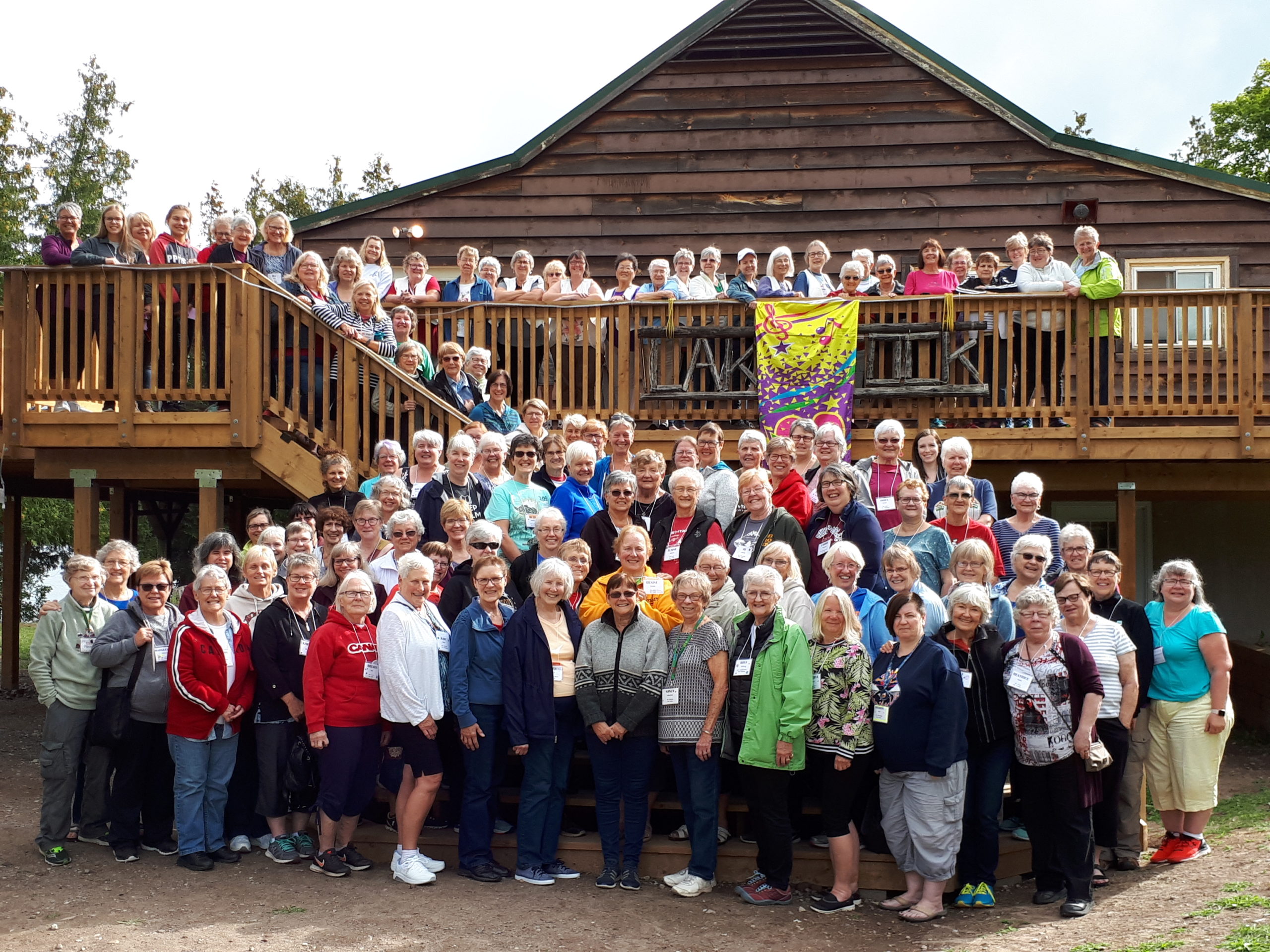 UCW, you have a VOICE

Looking back at some great activities

Bay of Quinte UCW (ECOR) held a weekend at Camp Quin-Mo-Lac from September 6-8 with 114 women in attendance. The theme of the weekend was “I Cannot Keep from Singing.” Some highlights were a performance by Tim and Terry: The Music Men on Friday night, morning devotionals by the lake; and Deborah Dunleavy, award-winning author, storyteller and musician. She told us of her life’s journey with music, while weaving in several stories. Another highlight was a Cat in the Hat skit put on by Kawartha Highlands. Campers could choose two of eight workshops on Saturday. Other activities included a prayer box circle, a sunrise canoe paddle in a large war canoe, a night walk, and early morning polar dipping.

Read the Cat in the Hat skit!

The annual leadership workshop, Music in Action, was held in Frankford United Church on October 3rd. Brian MacDonald, music director at St. James United Church in Peterborough, was our workshop facilitator. We learned how to warm up our voices, breathing techniques and did some percussion exercises. We ended the day by putting Music In Action by thoroughly learning “Flying Free” by Don Besig.

UCW Midweek was on October 17 at Pickering Village United Church in Ajax. The theme was “Called By Earth And Sky.” Our guest speaker was Suzanne Elston who was formerly with the Durham Environmental Committee. She said “Let us live simply so our children and grandchildren can simply live.” The offering of $720.25 was donated to the Canadian Foodgrains Bank. Our stand and stretch involved singing the song “Rise and Shine (the Arky Arky Song) with all of the actions.

< Back to All Articles