The leaders of the Retirees Forum (Caroline Giesbrecht, Ian Robb, Elizabeth Macdonald and Jean Wilson) are looking for additional input from retired Ministry Personnel presence in the East, North and west of the ECORC region. Your thoughts, comments and ideas for future events are most welcome.

Six (6) to twelve (12) people from across the ECORC who are interested in the care and support of all those in receipt of United Church pensions. One member shall be named Secretary of the Retirees Forum.

The Retirees Forum shall meet as required at the call of the Pastoral Relations Minister, and the Secretary of the Retirees Forum, and will meet regularly six times per year; hopefully by teleconferencing.

Accountable to and directed by the ECORC Covenant Support Team, the ECORC Retirees Forum shall:

The Secretary of the Retirees Forum

The Secretary shall maintain a list of the contact information of all Retirees in the East Central Ontario Regional Council. This list shall be shared with the ECORC Communications and Administration Assistant.

If you are interested in participating in the ECORC Retirees Forum, please contact our Secretary, Caroline Giesbrecht

As an ordained minister and former staff personnel for the Bay of Quinte Conference, David brings his extensive experience to the role of Minister of Pastoral Relations. David’s focus is to assist the ECORC by providing oversight and pastoral relations support to the Communities of Faith and coordinating the work of Pastoral Relations Liaisons. He encourages and supports Ministry Personnel toward health, joy and excellence in their practice of ministry. 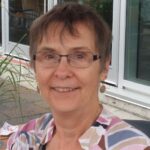 Interviews with Retired Church ministers and leaders who are prepared to share their life perspectives and opinions with us are interviewed by retired minister Elizabeth Macdonald. Elizabeth was formerly a broadcast interviewer and seeks to place pertinent questions to her guests for their responses. View the Interview Collection on our YouTube channel. 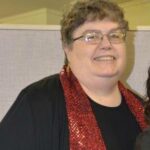 Have a virtual coffee break with retired ministry friends as Jean Wilson leads us in small group and break out room discussions each month with a variety of interesting topics. Zoom link and dates can be found in the ECORC newsletter which you can subscribe to HERE. Our topic for March is “Advice from our retirees on what congregations need to do to be really inclusive.” We will meet on Thursday, March 11th with the meeting room opening at 9.30 a.m. and the meeting will commence at 10.00 a.m.

Notes from our previous discussions: